Myrmecia nigrocincta, commonly known as the jumper ant or jumping jack, is an ant of the genus Myrmecia. Colonies of this ant are abundant in eastern Australia. Ants of this species are known for their ability to jump up to 10 centimetres, and they also have a powerful, venomous sting. Rather than foraging on the ground, M. nigrocincta prefer to forage in trees where they are known to pollinate certain flowers.

This ant is a large species, some workers can grow to over 15 mm (0.6 in) in length. They have a distinctive pattern of orange-red and black which distinguishes them from other Myrmecia species. 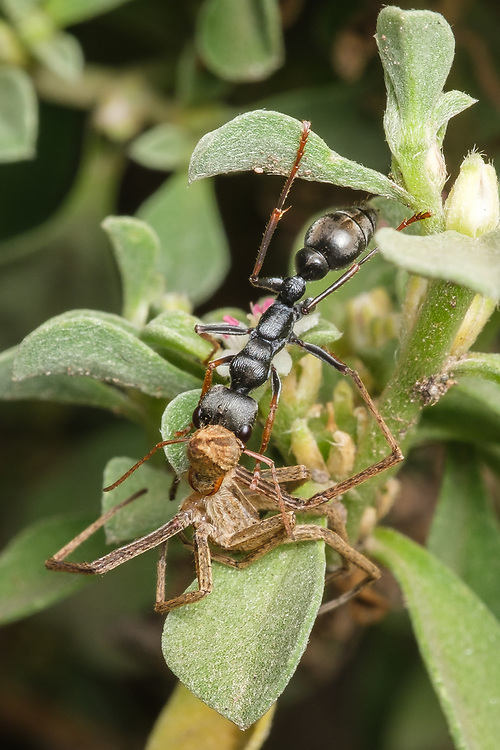